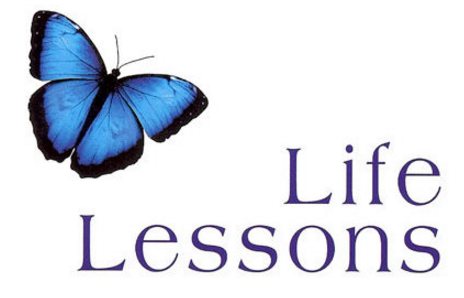 I had an unfortunate experience yesterday and it is one that gave me cause to think about my motives and also the manner in which it concluded.

I subscribe to a substantial number of Christian blogs because often times I can learn from other Christians by gaining insight that I might otherwise miss. In addition, there are many new scientific discoveries being made that support Intelligent Design etc, which I enjoy keeping on top of. Obviously these are faith builders and I am indebted to many Christians and Christian organizations who post articles on a regular basis.

But over the years I have also learned, especially when it comes to subscribing to Christian blogs, to be aware of extremes, which of course can come in many venues. When I say extremes I mean Christian blog authors who are solely focused on one particular aspect of Christianity, be it prophecy, end times or apostasy etc. Not that it is wrong to specialize per sec on any of these topics but I am not a fan of those who use fear as a motivator and I especially try to avoid those who use broad strokes when it comes to condemning the church or those who seem to communicate that their perception is the only correct one.

Don’t get me wrong, I am aware that the Christian church is in dire need and there are numerous deficiencies that need addressing but I am also aware that there are many Christians and Christian organizations that are actively working 24/7 to correct these deficiencies. So what I specifically look for is a balanced approach or a middle of the road perspective. Not to far with condemning everyone with the church and obviously not someone or an organization that thinks that the church doesn’t have problems. Fortunately there are numerous balanced individuals and organizations working towards the common good of the church. You can find scores of the sites that I subscribe to on my Christian Resources page.

I ran into a post that someone I follow had reposted and went to the source site to read the article. Very seldom (almost never) do I send notes or comments to the author with a critical connotation but in this particular case I decided to because what I saw really bothered me. Broad strokes with regards to the church were definitely being used and there was a distinct impression being given that they alone were the sole watchman on the wall. I spent about three hours reading through numerous posts he had authored and also found a couple of booklets that this individual made available on the Internet. It’s important to invest a fair amount of time looking at what an individual is saying over a number of posts rather than just one, because reading just one can often be misleading.

I’m not going to go into the particulars but I did ask a couple of questions and in a follow up comment, voiced my concern with regard to his use of fear as a motivator and the broad stokes condemnation of the church at large. What I found lacking was any balance, any love. He chose to delete my secondary comments and informed me online that he didn’t have time to play games and I should find someone else to fight with.

Nice spin but very untruthful. I was more than courteous, careful to indicate that I did not question his faith or dedication etc and I only asked for his consideration. One thing that Jesus has taught me is that it is very important how you frame your question to another person because often times it determines the kind of response you can expect. I was very careful.

Short story is that it happens. One of the things that I learned early in my Christian walk is that you expect opposition from without but not from within. Obviously that was naive on my part. All Christians encounter this at one time or another. Don’t be discouraged when it happens to you. Honestly check your motives and never hesitate to ask God for forgiveness if there is any chance that you overstepped in any way. God looks at your heart, He knows us better than we know ourselves. Don’t forget to pray for the individual and leave it with God. If you were honest in your endeavour, God will deal with it. Move on.

Worthy is the Lamb. Blessings!