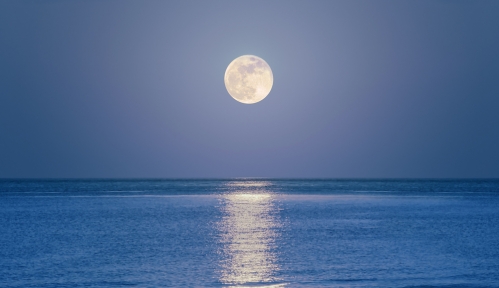 Hebrews 2:1-3 NIV “We must pay the most careful attention, therefore, to what we have heard, so that we do not drift away. For since the message spoken through angels was binding, and every violation and disobedience received its just punishment,  how shall we escape if we ignore so great a salvation? This salvation, which was first announced by the Lord, was confirmed to us by those who heard him.”

You’re probably asking yourself what the moon has to do with paying attention to ignoring the salvation that we have been given. Hang in there …. I’ll explain.

One of the biggest shortfalls of humanity is that we have a great tendency to quickly become accustomed to the benefits of our particular environment and take things around us for granted. Things that we see everyday are hardly given a second glance, be they physical objects such as monuments, education facilities, hospitals, supermarkets etc. It is only when you are in another environment where these things are not readily available that you take notice of their absence.

When I was in the Middle East, specifically in Old Jerusalem, where I could view the Garden of Gethsemane, the Mount of Olives, the tombs of the Patriarchs etc, the local inhabitants hardly took notice of their presence. They had become accustomed to their presence and we here in North America are no different, albeit with our own ever present objects.

That’s why I chose the moon, everyone, depending on the particular phase of the moon and your geographical location, gets to see the moon at sometime during each week or month. It’s just there, sitting on nothing as it where, doing what it does.

And what benefits do we here on earth derive from the moon being where it is? There are a good number of benefits that we seldom even think about.

Lunar gravitation is greater on the side of Earth facing the Moon than it is on the centre of our planet. And its gravitational attraction on the centre of the Earth is stronger than on the opposite side of our planet. This makes ocean water bulge outward on either side of the planet. Because of the Earth’s rotation this gives us high tides twice a day, followed by low tides about 6 hours later. We would have less substantial high and low tides without the Moon. However, there would still be tides, because the Sun also has a tidal effect, although it only amounts to about half that of the Moon.

The Earth’s rotation is also slowed down by what is called tidal friction. And when the Earth rotates it wobbles slightly back and forth on its axis. It’s like a top, which doesn’t simply spin in a vertical position on a table or the floor. But without the Moon we’d be wobbling much more. Without the Moon the tilt of the Earth’s axis would vary more, with potentially strong climatic effects.

With no moon as a stabilizer, the Earth would sometimes tilt all the way over and lie on its side in relation to its orbit around the Sun. This would make for extreme differences between temperatures and daylight throughout the year. At other times the Earth’s axis would be straight up and down, making night and day equally long, year round, and there would be no seasons.

There are additional benefits but you get my point. We see the moon quite often but we never really give it a second thought. It’s just there for us, doing what it does.

When I think of salvation, I think that the primary benefit of salvation that I too frequently take for granted is Grace. You know, “there but for the grace of God, go I”.

I watched a documentary the other night on how many of our youth, both male and female are buying into the Islamic faith. In the vast majority of cases they are looking for a brotherhood or sisterhood, they are looking for acceptance, being part of something that is greater than the individual. I couldn’t help but think, “well Christianity can provide all these things”. And it absolutely can, but sadly, in the vast majority of cases, we, the body of Christ, haven’t. We’ve become complacent with our own salvation, with the grace that we have received but neglected to extend the grace we have received to our communities that we live in, or prisons where Islam is growing rapidly. The Church, the body of Christ, is idle, where it ought not to be.

“Heavenly Father, forgive me for failing to extend the grace that You have given me, to others. Forgive my complacency towards those around me. Help me work with Your guidance within the Church to reach out with Your love, with Your Grace, to others in need. Help me not just be a hearer of the Word, but a doer of the Word. In the name of Jesus Christ, Your Son I pray. Amen.”