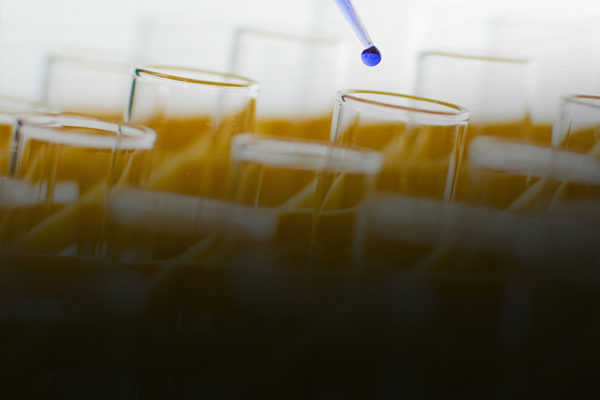 This is a WordPress repost of a post originally authored by J. Warner Wallace (coldcasechristianity.com). As always, Jim presents a logical and easy to understand explanation for why the appearance of design in the Bacterial flagella presents a sound argument for the existence of God through Intelligent Design.

Of all the arguments related to the existence of God, the argument from the appearance of design is perhaps the most intuitive and visual. As we examine and observe the complexity (and inter-connectivity) of biological systems, we can’t help but come away with the impression these organisms and cellular micro-machines have been carefully crafted by a master artist. One such complex micro-machine has been heralded above all others in teleological arguments for the existence of God. Bacterial flagella remain a mystery to scientists who recognize them as a marvel of machine-like precision. Harvard biophysicist, Howard Berg, has publicly described the bacterial flagellum as “the most efficient machine in the universe.”  Is God real? The bacterial flagellum is best explained by God’s existence as the Intelligent Designer of biological systems.

This small cellular micro-motor powers its bacterial host by whipping a long filament in rotary fashion. Nestled within the cellular wall, it operates efficiently as a rotary motor. The iconic status of the bacterial flagellum results primarily from the ease with which even casual detectives can identify characteristics of design and intelligent interaction. I’m currently writing a book in which I’m investigating eight characteristics of design in flagella, but for purposes of this short blog, one feature is obvious (and critical) in determining the intelligent source of flagella.

The natural mechanisms available in strict evolutionary processes are insufficient to explain the flagellum for an important reason: natural laws, unguided chance mutations and natural selection cannot account for irreducibly complex micro-machines. Natural selection offers a very specific pathway to the kind of complexity we see in the flagellum. Darwinian evolution proposes a gradual and incremental pathway to any finished micro-machine. Like complex LEGO structures built from the incremental addition of one brick after another, sophisticated micro-machines, if assembled through an additive process of natural selection, must also come into existence incrementally. Even Richard Dawkins, committed as he is to the creative power of natural selection, understands the necessity of gradualism and incrementalism in explaining the existence of micro-machines (such as the bacterial flagellum): “Evolution is very possibly not, in actual fact, always gradual. But it must be gradual when it is being used to explain the coming into existence of complicated, apparently designed objects, like eyes [or bacterial flagellum]. For if it is not gradual in these cases, it ceases to have any explanatory power at all. Without gradualness in these cases, we are back to miracle, which is simply a synonym for the total absence of explanation.”

Dawkins recognizes the power irreducible complexity has to falsify naturalistic explanations (like any combination of chance, natural law, or natural selection). Charles Darwin also recognized this dilemma when he wrote On the Origin of Species: “If it could be demonstrated that any complex organ existed which could not possibly have been formed by numerous, successive, slight modifications, my theory would absolutely break down”. When we observe a machine that cannot function unless multiple pieces are in place simultaneously, the best inference is the presence of a designer who defeats the improbability of such an accidental assembly by intervening intelligently to accomplish the goal.

The flagellum has over 40 necessary, interactive, inter-reliant pieces. With just one less part, the flagellum fails to operate as the effective motor it needs to be to successfully mobilize the bacterium. The irreducible complexity of this large collection of pieces means the finished design of the flagellum must be assembled in one sweeping step; it cannot be assembled over time gradually, unless the prior intermediate micro-machines also offer some advantage to the bacterium. If they don’t offer an advantage, and are instead a misshapen liability, natural selection will not favor the organism. In other words, natural selection will not retain the “intermediates” to allow for further additions. Irreducibly complex structures beg for an intelligent designer. William Dembski author of The Design Inference puts it this way: “Once intelligence is out of the picture, evolution, as Darwin notes… has to be gradual. You can’t just magically materialize completely new structures out of nowhere. There has to be a path-dependence. You have to get there by some gradual route from something that already exists.”

In a similar way, only intelligent causation can account for the irreducibly complex nature of the bacterial flagellum, and alternative explanations relying on some evolutionary combination of chance, natural law or natural selection cannot. To be fair, many naturalists have proposed a pathway to the flagellum without the intervention of an intelligent designer. While my next book will examine all of the alternatives, this limited post will focus on the most popular naturalistic explanation. In an effort to nullify the powerful design inference from the irreducible complexity of the flagellum, some have offered a way to arrive at the final design without building it piece by piece. Philosopher Robert T. Pennock, rejects the need to assemble the flagellum additively over time and suggests there is a better way to arrive at the finished micro-machine: “…it’s a common theme of evolutionary biology that constituents of a cell, a tissue, or an organism, are put to new uses because of some modification of the genotype. So maybe the immediate precursor of the proud possessor of the flagellum is a bacterium in which all the protein constituents were already present, but in which some other feature of the cell chemistry interferes with the reaction that builds the flagellum.”   In other words, maybe the complex flagellum can be constructed by borrowing a less complex micro-machine within the cell and building from there. In fact, some have suggested Type III secretion systems (T3SS) as the evolutionary precursor. 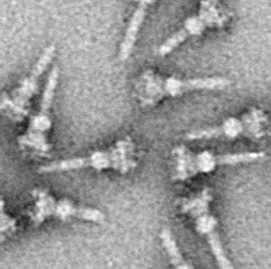 T3SS are needle-like sensory probes used by bacteria. They detect the presence of target organisms and secrete proteins necessary to aid the bacterial infection. T3SS share many common proteins and are constructed similarly to bacterial flagella. They’ve been offered in an effort to jump the divide from a single protein to the complexity of flagellum. If cellular organisms could borrow T3SS, they’d have a have a significant head start in their flagella construction. This approach is problematic, however:

The Borrowed Micro-Machine is Also Irreducibly Complex
T3SS are just as remarkably irreducible as their flagella cousins. The T3SS is constructed from approximately 30 different proteins; it’s one of the most complex secretion systems observed in biology today. Like the flagellum, T3SS requires the minimal configuration of these proteins to function. It cannot be offered as an explanation for the flagellum because it too requires an explanation. William Dembski describes it this way: “…what you have here is not a fully articulated path but an island (the Type III secretory system) and a huge jump to the next island (namely, the flagellum). If evolution is going to try to explain how you can island-hop from Los Angeles to Tokyo, basically what the evolutionist has found is the Hawaiian Islands and nothing else. What the evolutionist has not found is the entire archipelago that will take you across.”

The Pathway To and From the Borrowed Micro-Machine is Evidentially Unsupported
Dembski has correctly identified the problem facing those who deny the design inference from irreducible complexity. As Dawkins described earlier, evolution, “…if it is not gradual in these cases… ceases to have any explanatory power at all.” There is no evidence to elucidate gradual evolutionary progression to the T3SS, nor any evidence to explain the gradual evolutionary progress from the T3SS (to the flagellum). The TS33 accounts for only a handful of the proteins used by flagella, leaving approximately thirty unaccounted for, and these other thirty proteins are not present in any other living system.

The Borrowed Micro-Machine Would Not Be Available for Borrowing
Even naturalistic evolutionists are now skeptical of the alleged evolutionary order of TS33 related to flagella. Many scientists have concluded the T3SS is not an evolutionary precursor to flagella, but is more reasonably a product of the decay and devolution of the flagellum. Research such as this demonstrates the frustration in trying to arrive at either irreducibly complex micro-machine from naturalistic explanations.

There is, of course, a more reasonable way to account for the bacterial flagellum without having to concoct “just so,” evidentially unsupported, evolutionary tales. When we see something we recognize as an irreducibly complex micro-motor, resembling other motors designed by intelligent beings, the most reasonable inference is the existence of an intelligent micro-motor designer. Is God real? He is the one Intelligent Designer capable of creating the bacterial flagellum, and He is still the most reasonable inference.

J. Warner Wallace is a Cold-Case Detective, a Christian Case Maker, and the author of Cold-Case Christianity and ALIVE