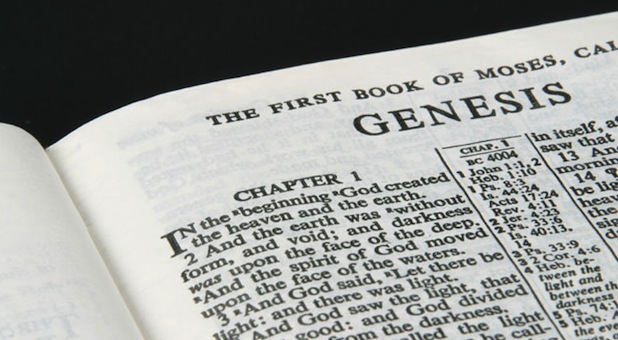 Direct links to all of the posts in this series can be viewed here!

Genesis 10:1 NIV begins with the names of Noah’s sons: : “This is the account of Shem, Ham and Japheth, Noah’s sons, who themselves had sons after the flood.”

It’s interesting to note that some of the sons of Japheth have their sons indicated while others do not. Gomer and Javan have their sons mentioned in Genesis 10:3-4 but nothing on Magog, Madai, Tubal, Meshek and Tiras.

Gomer settled south of the Black Sea and became the Cimmerians of the ancient world. Magog settled in southern Russia and became the Scythians. The third son is Madai, who becomes the Medes and later settle India. The fourth son was Javan, who was the father of Greece. The fifth son was Tubal, who settled parts of Russia. The sixth son was Meshech, who was also in southern Russia. Meshech, Tubal and Magog lived near each other in modern Russia and Iran. Japeth’s seventh son was Tiras who went to modern day Italy.

Genesis 10 is also known as the Table of Nations in the Bible for obvious reasons. I’m going to provide just three of many informational available links that facilitate diving further into this interesting subject, should you wish to do so.

Ham has four children and numerous grandchildren. Ham settled northern Africa and later the rest of the continent. His first son is Cush, which has become synonymous with Ethiopia. The second is Mizraim, which is the Hebrew name for Egypt. Third is Put, which is Libya. And finally, Canaan, who we know settles in the Land to be occupied by Israel. His descendants become the various “ites” of the land Israel later occupies.

Genesis 10:8-12 NIV  “Cush was the father of Nimrod, who became a mighty warrior on the earth. He was a mighty hunter before the Lord; that is why it is said, “Like Nimrod, a mighty hunter before the Lord.” The first centers of his kingdom were Babylon, Uruk, Akkad and Kalneh, in Shinar. From that land he went to Assyria, where he built Nineveh, Rehoboth Ir,Calah and Resen, which is between Nineveh and Calah—which is the great city.”

*** It’s important to note that in ancient thinking, to be “before” someone meant to be in opposition to them.

*** Nimrod – I’m going to provide a basic overview link here on this gentleman so you can get a feel for what will be coming ahead.

Genesis 10:13-20 is relatively self explanatory.

Genesis 10:21-32 NIV ” Sons were also born to Shem, whose older brother was Japheth; Shem was the ancestor of all the sons of Eber. The sons of Shem: Elam, Ashur, Arphaxad, Lud and Aram. The sons of Aram:Uz, Hul, Gether and Meshek. Arphaxad was the father of Shelah, and Shelah the father of Eber. Two sons were born to Eber: One was named Peleg, because in his time the earth was divided; his brother was named Joktan. Joktan was the father of Almodad, Sheleph, Hazarmaveth, Jerah, Hadoram, Uzal, Diklah, Obal, Abimael, Sheba, Ophir, Havilah and Jobab. All these were sons of Joktan. The region where they lived stretched from Mesha toward Sephar, in the eastern hill country. These are the sons of Shem by their clans and languages, in their territories and nations. These are the clans of Noah’s sons, according to their lines of descent, within their nations. From these the nations spread out over the earth after the flood.”

You’ll note that Shem’s line begins with the distinction that he is the father of all the children of Eber. Eber, as we see, was a grandchild of Shem. Moses wants us to know where the promise of God, given in the garden, is distinct in each generation. In this particular case, Eber will carry the promise forward. Eber is the name from which we get the word Hebrew. So Shem was the father of the Hebrews to come later.

Shem had five sons. The first son was Elam, who settled in Persia, modern-day Iran. The second son was Asshur, who founded Assyria. The third son was Arpachshad. He became the father of the Chaldeans, the people of Abraham. He carries the seed promise forward. The fourth son was Lud, who lived in the region of Lydia of Asia Minor. The fifth son was Aram, who settled Syria.

Eber has only two sons. The first is called Peleg, which means to divide. He was born when the earth was divided. Since we can see that Chapter 10 is a broad overview of that which includes the events of Chapter 11, that follows, we can safely assume the division here refers to the division of languages. Consequently, Peleg was born when the languages of the earth were divided up. He is the seed son of Eber.

Peleg’s brother was Joktan, who founded the Arabian tribes by his thirteen sons.