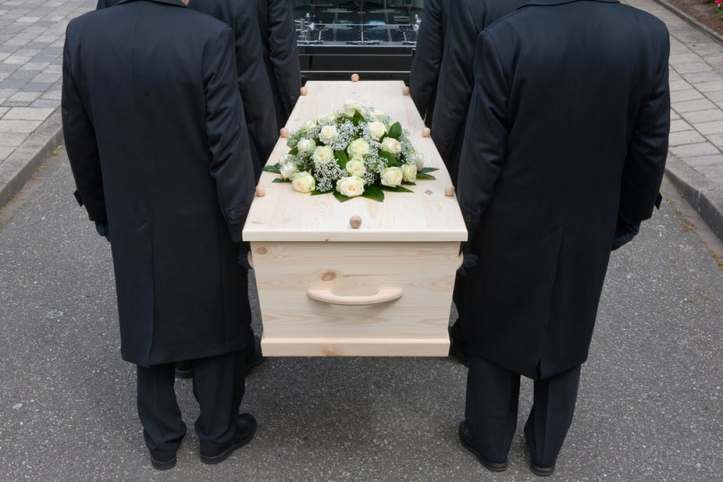 Hebrews 9:27-28 KJV  “And as it is appointed unto men once to die, but after this the judgment: So Christ was once offered to bear the sins of many; and unto them that look for him shall he appear the second time without sin unto salvation. “

That’s “appointed” as in we have no say in this. It has been decreed. It’s the way it is. We are born, we live and we die.

Genesis 2:7 KJV  “And the Lord God formed man of the dust of the ground, and breathed into his nostrils the breath of life; and man became a living soul.”

Matthew 10:28 KJV  “And fear not them which kill the body, but are not able to kill the soul: but rather fear him which is able to destroy both soul and body in hell.”

Now I don’t know Hebrew or Greek so I can’t provide the original meaning of the words utilized in the Old Testament and New Testament for the word “soul”, but from what I can see, there is a clear distinction between the physical body and the essence of the person’s being, from that which still exists but is separate from the body.

I did however, take a look at the original meanings of the Hebrew and Greek words used to define “soul” in the OT and the NT but if I got into that it would fill a good number of pages. For those interested, here is a link that provides a basic overview: biblestudytools.com/dictionary/soul/  And, if you’re looking for the difference between the word “soul” and “spirit”, as defined in the Bible, may I also suggest the following basic overview: gotquestions.org/soul-spirit.html

Now this may sound strange to some of you but I’ve always thought that God’s Word, is fully able to convey the essence of the meaning being explained, in a manner in which a person can intellectually understand, irrespective of the fact that the reader may not know Hebrew or Greek. In other words, God is able to get His meaning across to us by the words being conveyed in the specific translation of the Bible that I am reading.

Accordingly, short story, I see a physical body that is alive and dies and I also see an internal “soul” and “spirit” within man that is eternal.

And because God is a spirit and eternal, without beginning or end, the mere thought of death and dying, should in itself, be foreign for any of His creation. And yet, as we clearly see, it is indeed part of our “life experience”. We all die.  But, as you recall, there were two trees in the Garden of Eden, the Tree of Knowledge of Good and Evil and the Tree of Life.

It’s also interesting to note that the Bible mentions the tree of life again, when it shows up in the new heaven with the Lord. Revelation 22:1-4 KJV notes, “And he shewed me a pure river of water of life, clear as crystal, proceeding out of the throne of God and of the Lamb. In the midst of the street of it, and on either side of the river, was there the tree of life, which bare twelve manner of fruits, and yielded her fruit every month: and the leaves of the tree were for the healing of the nations. And there shall be no more curse: but the throne of God and of the Lamb shall be in it; and his servants shall serve him: they will see His face, and His name will be on their foreheads.”

It’s that last part of verse 3 that catches my eye …. “And there shall be no more curse:”

Back to the original quoted scripture: Hebrews 9:27-28 KJV  “And as it is appointed unto men once to die, but after this the judgment: So Christ was once offered to bear the sins of many; and unto them that look for him shall he appear the second time without sin unto salvation. “

Restored because of what Jesus did.

Romans 5:18-21 NASB  “So then as through one transgression there resulted condemnation to all men, even so through one act of righteousness there resulted justification of life to all men. For as through the one man’s disobedience the many were made sinners, even so through the obedience of the One the many will be made righteous. The Law came in so that the transgression would increase; but where sin increased, grace abounded all the more, so that, as sin reigned in death, even so grace would reign through righteousness to eternal life through Jesus Christ our Lord.”

1 Corinthians 15:20-26 NIV  “But Christ has indeed been raised from the dead, the firstfruits of those who have fallen asleep. For since death came through a man, the resurrection of the dead comes also through a man. For as in Adam all die, so in Christ all will be made alive. But each in turn: Christ, the firstfruits; then, when he comes, those who belong to him. Then the end will come, when he hands over the kingdom to God the Father after he has destroyed all dominion, authority and power. For he must reign until he has put all his enemies under his feet. The last enemy to be destroyed is death.”

Worthy is the Lamb! Blesssings!