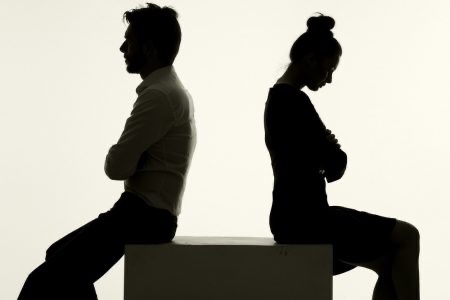 Anyone who has read through the Bible knows that God considers the act of committing adultery a sin. I could quote a good number of Scripture verses, both in the Old Testament and in the New Testament where God makes His perspective on committing adultery known. And, in addition to physical adultery there is spiritual adultery where God likens our following after other gods of our own making versus trusting in Him, as adultery.

Then Jesus, God’s Son, takes it a step further when He says :

“You have heard that it was said, ‘You shall not commit adultery.’    But I tell you that anyone who looks at a woman lustfully has already committed adultery with her in his heart.”

Obviously “looking” would apply equally to females as well as males.

I was reading through Luke this morning in chapter 16, verses 16 to 18, where Jesus talks about the Law and the Prophets and concludes with some specifics on divorce.

The Law and the Prophets is where we are brought face to face with God’s holiness and our own human condition or tendencies, which are in strong contrast to God’s holiness. The words “the difference between night and day” come to mind. Short story is that God is holy and we in our own human nature, are not. The difference is huge and the magnitude of the difference between God’s nature so to speak and our nature, I don’t think, will ever be fully comprehended until we see Him “face to face”.

Do you remember how Moses’ face shined when he came down from the mountain after receiving the Ten Commandments? (Exodus 24:35-39). Do you recall how Moses and Aaron dropped to their knees in the presence of the glory of the Lord? (Numbers 20:6) God is that Holy! So for those non-believers who say “I think I’m a good person!” Not even close, totally difference ball park, truly, no comparison. Which is the whole point of the Law and the Prophets. God is Holy and we, in and of ourselves, are not. And if God is real, which He is, and He is Holy, which He is, that means that we are in the hurt locker. Try as we might, we can never attain God’s likeness or nature, through our own endeavours. It’s just not in us.

And did Jesus reinforce this reality by His actions and the words that He spoke? Yes He did, continually.

Look at Luke 16:16 NASB where Jesus states “The Law and the Prophets were proclaimed until John; since that time the gospel of the kingdom of God has been preached, and everyone is forcing his way into it.“

Note – until John (the baptist); SINCE THAT TIME the gospel of the Kingdom of God has been preached...

And just in case we don’t grasp the reality of the difference between God and ourselves, the requirements of the Law and the Prophets and the absolute necessity of the preaching of the Kingdom of God that Jesus is ushering in, Jesus introduces the reminder of how God views divorce and how it correlates with marriage and adultery, from God’s perspective in verses 17 and 18. God’s righteous unchanging perspective on marriage, divorce and adultery. A sharp contrast to what was being practised by the Jews and endorsed by the Pharisees.

You’ll notice the title of this post asks the question, “Who Hasn’t Committed Adultery?” versus “Who Has Committed Adultery?”. When we include both physical and spiritual adultery and the realization that we sin in God’s eyes, even when we just think about it, versus actually committing physical or spiritual adultery, I’m thinking that pretty well all of us would be guilty of committing adultery at one time or another, certainly before we became Christians and quite possibly after. For me, that kind of puts my need into perspective.

And who among us could even dare to say something like that?

But Jesus had no problem stating that. None whatsoever.

John 12:49 NASB “For I did not speak on My own initiative, but the Father Himself who sent Me has given Me a commandment as to what to say and what to speak.”

“A commandment”, no waffling here, what is stated in the Law and the Prophets doesn’t change, but Jesus fulfills.