In Case You Missed It : Points to Ponder 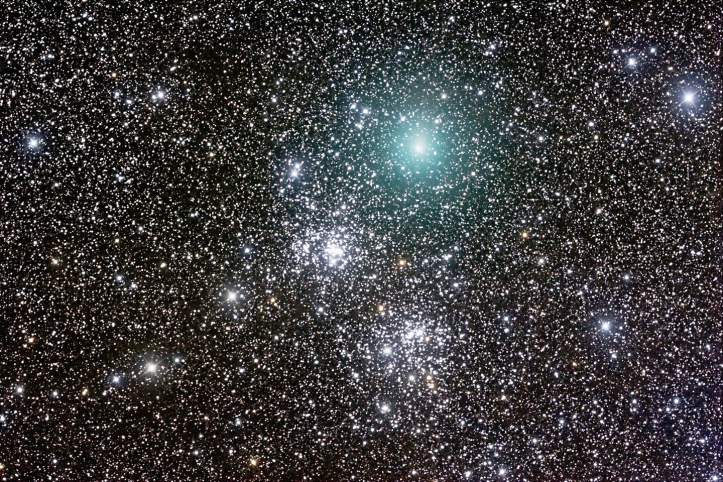 “If the universe had not been made with the most exacting precision we could never have come into existence. It is my view that these circumstances indicate the universe was created for man to live in.” –Robert Jastrow, agnostic astronomer, author of God and the Astronomers, former head of Goddard Space Center at NASA

“An honest man, armed with all the knowledge available to us now, could only state that in some sense, the origin of life appears at the moment to be almost a miracle, so many are the conditions which would have had to have been satisfied to get it going.” –Francis Crick, biochemist and spiritual skeptic, shared the Nobel Prize for discovering the molecular structure of DNA

“There is for me powerful evidence that there is something going on behind it all….It seems as though somebody has fine-tuned nature’s numbers to make the universe….The impression of design is overwhelming.” – Paul Davies, an internationally known British astrophysicist and author

“When you realize that the laws of nature must be incredibly finely tuned to produce the universe we see, that conspires to plant the idea that the universe did not just happen, but that there must be a purpose behind it.” –John Polkinghorne, a leading Quantum Physicist

“It was my science that drove me to the conclusion that the world is much more complicated than can be explained by science, it is only through the supernatural that I can understand the mystery of existence.” – Allan Sandage, astrophysicist and discoverer of Quasar stars

“Many have a feeling that somehow intelligence must have been involved in the laws of the universe….I strongly sense the presence and actions of a creative being far beyond myself and yet always personal and close by.” –Charles Townes, Nobel Prize-winning physicist

“There is for me powerful evidence that there is something going on behind it all….It seems as though somebody has fine tuned nature’s numbers to make the Universe….The impression of design is overwhelming.” –Paul Davies

“A common sense interpretation of the facts suggests that a superintellect has monkeyed with physics, as well as with chemistry and biology, and that there are no blind forces worth speaking about in nature. The numbers one calculates from the facts seem to me so overwhelming as to put this conclusion almost beyond question.” –Fred Hoyle

“Discoveries of the last half of the 20th century have brought the scientific community to the realization that our universe and our planet in the universe are so remarkably unique that it is almost impossible to imagine how this could have happened accidentally, causing many agnostic scientists to concede that indeed some intelligent creative force may be required to account for it.” –Dr. Walter Bradley, Professor Emeritus of Mechanical Engineering at Texas A & M University

According to Carl Sagan, the universe (cosmos) “is all that is or ever was or ever will be.” However, the idea that the universe is all is not a scientific fact, but an assumption based upon materialistic naturalism. Since Carl Sagan’s death in 1996, new discoveries in physics and cosmology bring into questions Sagan’s assumption about the universe. Evidence shows that the constants of physics have been finely tuned to a degree not possible through human engineering. Five of the more finely tuned numbers are included in the table below. For comments about what scientists think about these numbers, see the page Quotes from Scientists Regarding Design of the Universe.

The degree of fine-tuning is difficult to imagine. Dr. Hugh Ross gives an example of the least fine-tuned of the above four examples in his book, The Creator and the Cosmos

, which is reproduced here:

One part in 1037 is such an incredibly sensitive balance that it is hard to visualize. The following analogy might help: Cover the entire North American continent in dimes all the way up to the moon, a height of about 239,000 miles (In comparison, the money to pay for the U.S. federal government debt would cover one square mile less than two feet deep with dimes.). Next, pile dimes from here to the moon on a billion other continents the same size as North America. Paint one dime red and mix it into the billions of piles of dimes. Blindfold a friend and ask him to pick out one dime. The odds that he will pick the red dime are one in 1037. (p. 115)

Another finely tuned constant is the strong nuclear force (the force that holds atoms together). The Sun “burns” by fusing hydrogen (and higher elements) together. When the two hydrogen atoms fuse, 0.7% of the mass of the hydrogen is converted into energy. If the amount of matter converted were slightly smaller—0.6% instead of 0.7%— a proton could not bond to a neutron, and the universe would consist only of hydrogen. With no heavy elements, there would be no rocky planets and no life. If the amount of matter converted were slightly larger—0.8%, fusion would happen so readily and rapidly that no hydrogen would have survived from the Big Bang. Again, there would be no solar systems and no life. The number must lie exactly between 0.6% and 0.8% (Martin Rees, Just Six Numbers).

Fine Tuning Parameters for the Universe