Things I Don’t Have a Good Handle On 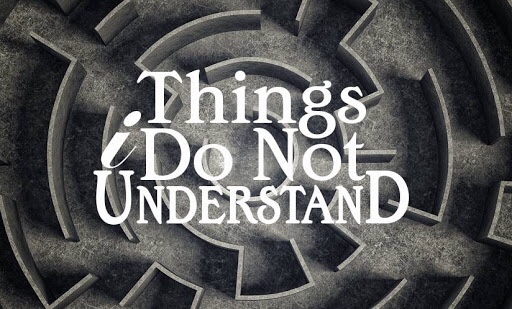 There are a number of things within Christianity that I do not have a good understanding on. That’s not to say that I don’t have some understanding, but I definitely wouldn’t classify my understanding as solid or substantial when discussing certain topics.

I’ve developed a “working” understanding about God healing people over a considerable amount of time. Yes God still heals but not always. God is sovereign.

I’ve developed a “working” understanding about God’s creation in Genesis over a considerable amount of time but I definitely would not classify my understanding as being carved into stone. I have no doubt about what God created, but the “how’s” still have some question marks. I think I know but I am not 100 % sure. This one would fall into the “definite maybe” category with a strong leaning towards Old Age Creationism. I hate the division this has caused within the church, to this very day.

I’ve developed a “working” understanding on freewill and predestination with a side road to God’s sovereignty being undeniable. Once again, I think I know but I am not 100 % sure.

I am relatively comfortable with these aforementioned uncertainties. In other words, I can live with not being 100 % absolutely sure.

There is however, one particular area that I do not have a good handle on, that does bother me and this area has to do with spiritual powers and realities.

I’ve witnessed a few evil spiritual manifestations in my life, that have effected myself and my family and I have learned to have a healthy respect for not jumping into something that I have little comprehension of.

There is a personal story or event behind each one of the aforementioned questions and confirmations. I’m not going to even begin to give you the story behind each of them because that would make this post far too long but I will give you one example shortly.

But before I do that there is a vitally important reality to be aware of in each of the above examples. At no time, ever, does a Christian, in and of themselves, initiate or bring about ANY of these examples. They are ALWAYS externally originated, either by a demon or by God. That is my personal experience.

Many years ago, when we only had three of our five children, our first child kept coming into our room at night saying she was scared. My wife and I assumed it was just a nightmare but it happened again and again. I asked my daughter what it was that scared her and she told me that there was a figure in white with red eyes standing at her open door. The figure did not come into her room but it stood there and scared her.

The following day my wife and kids were all out somewhere (can’t remember where) so I took this opportunity to go to each and every room in our house and I basically commanded in the name of Jesus, anything that was in our home that was not of God the Father, God the Son or God the Holy Ghost to leave. Every room, every closet, even the basement.

The visitations totally ceased. You’re thinking this is the end of the story but it isn’t.

A couple of weeks later, I was speaking to one of my brother-in-laws, someone who I had previously witnessed to, about what had happened to our first child. His face went white and he told me that he had to tell me something. He said that he had been visited by a figure in white with red eyes but in his case, the figure came into his room and when it did, he became totally paralyzed. He said he literally could not move. This had happened to him more than once.

I told my brother-in-law to note the following:

One would think that with such a powerful personal witness that my brother-in-law would have taken a new look at the truths of Christianity but such is not the case, even to this very day.

Generally I avoid discussing these realities because from my perspective, some people go right off the deep end, attributing every little negative thing they encounter to evil spirits. The scriptures tell us that this is not true, that in a lot of cases it is our own fallen nature that is the source of our evil temptations (Ephesians 2:3).

However, on the other side of the coin, there is also a danger where we ignore or deny the realties of the influence of Satan and his demons, to our own peril.

This morning I read an excellent post by Amy Blount from her blog entitled “Antidote to Crippling Fear“. If you have the time, please read it, it reminded me this morning that there is a requirement for balance and that far too often, we do not make use of the power that God has given us, through His Son Jesus Christ.