Musings From the Gospel of John – Number 13 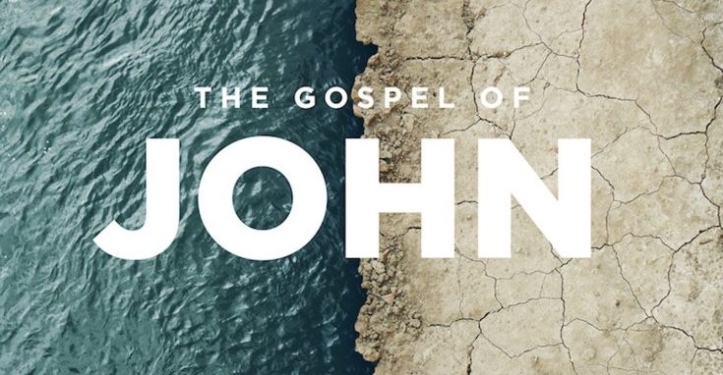 The portion of Scripture I will be covering in this post is from John 6:30-40

“So they said to Him, “What then do You do for a sign, so that we may see, and believe You? What work do You perform? Our fathers ate the manna in the wilderness; as it is written, ‘He gave them bread out of heaven to eat.’”

Of course, the manna from heaven pertains to how God partially fed Israel while they journeyed through the wilderness. I say partial because God also provided them with quails in the evening plus manna in the morning.

“And the Lord spoke to Moses, saying, I have heard the grumblings of the sons of Israel; speak to them, saying, ‘At twilight you shall eat meat, and in the morning you shall be filled with bread; and you shall know that I am the Lord your God.’” So it came about at evening that the quails came up and covered the camp, and in the morning there was a layer of dew around the camp. When the layer of dew evaporated, behold, on the surface of the wilderness there was a fine flake-like thing, fine as the frost on the ground. When the sons of Israel saw it, they said to one another, “What is it?” For they did not know what it was. And Moses said to them, “It is the bread which the Lord has given you to eat.”

Hebrews 8:1-5 NASB tells us the following:

“Now the main point in what has been said is this: we have such a high priest, who has taken His seat at the right hand of the throne of the Majesty in the heavens, a minister in the sanctuary and in the true tabernacle, which the Lord pitched, not man. For every high priest is appointed to offer both gifts and sacrifices; so it is necessary that this high priestalso have something to offer. Now if He were on earth, He would not be a priest at all, since there are those who offer the gifts according to the Law; who serve a copy and shadow of the heavenly things, just as Moses was warned by God when he was about to erect the tabernacle; for, “See,” He says, “that you make all things according to the pattern which was shown you on the mountain.”

All of the physical realities of the Tabernacle itself, in the Old Testament, including the Priesthood (including the High Priest), the offerings, etc all symbolized or represented a physical manifestation of a spiritual reality and the manna sent by God from heaven is no different.

The manna met their physical requirements for food but it was also a fore shadow of the heavenly sent reality of Jesus meeting their spiritual needs. Everyone who ate the manna in the wilderness were physically nourished but only He who it represented could meet their spiritual needs. Notice how Jesus picks up on this in the following verses. John 6:32-35 NASB

What Jesus says is profound. He is not talking about our physical bodily requirements although He does indicate in other Scriptures that He will take care of that too, but His focus here, is on the spiritual reality of Him being the source of our eternal life in the presence of God.

“But I said to you that you have seen Me, and yet do not believe. All that the Father gives Me will come to Me, and the one who comes to Me I will certainly not cast out. For I have come down from heaven, not to do My own will, but the will of Him who sent Me. This is the will of Him who sent Me, that of all that He has given Me I lose nothing, but raise it up on the last day. For this is the will of My Father, that everyone who beholds the Son and believes in Him will have eternal life, and I Myself will raise him up on the last day.”

Because God is not limited with regard to time like we are, He knows what we will do via our freewill choice, before we actually do it. He foreknows. And according to my thinking (Arminianism), which will differ from a Reformed Baptist, as an example, those He foreknows, He predestines, and those He predestines, He calls, justifies and glorifies.

Consequently, when Jesus says that “All that the Father gives Me will come to Me” I understand that to mean, those He foreknows, He predestines and calls. These would be all who of their own free will choose Jesus as their Lord and Saviour.

If you are of the Reformed Baptist Calvinistic persuasion, that’s fine with me. This can get a little complicated when discussing “the Elect” or “the Election” within the Scriptures but lets just save that for another time and place.

What I do find comforting is that whosoever calls on Jesus most certainly will not be cast out.

Then we have the biggie. This is always central to everything Jesus says. “For I have come down from heaven, not to do My own will, but the will of Him who sent Me.” So many Scriptures comes to mind when I hear these words of Jesus but I’m just going to quote one.

“For God so loved the world, that He gave His only begotten Son, that whoever believes in Him shall not perish, but have eternal life.”

“For this is the will of My Father, that everyone who beholds the Son and believes in Him will have eternal life, and I Myself will raise him up on the last day.”

This IS the will of the Father.
Everyone who beholds and believes in the Son will have eternal life.
And Jesus Himself will raise us who believe up on the last day.

I know, there is more to it that behold and believe but we’ll cover that later.

Can you imagine how any normal man would even be able to formulate this reality in his mind, let alone actually proclaim it? No, neither can I.

That is why everything that Jesus says declares who He is. And that’s just what He says, because as we know, there is so much more!