How Early are the Biblical Accounts of Jesus ? | J Warner Wallace 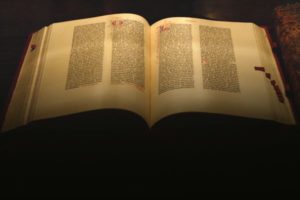 Another excellent post from the desk of J. Warner Wallace that identifies historical and textual evidence.

How do we know what we know about Jesus? How can we be sure that we can trust what we have been told about Jesus? It’s important for us to determine whether or not the documents we know as the “gospels” are, in fact, true eyewitness accounts of the life of Jesus Christ. If they are eyewitness accounts, we would expect them to appear in history very early; very near the actual life of the Messiah and within the lifetime of those who claimed to see and learn from Jesus. As it turns out, contrary to liberal scholarship that would like us to believe that Jesus is simply a myth or exaggeration created many decades (or even centuries) after the first century, there are many good reasons to believe that the gospels appeared very early in history. If this is the case, the gospels would be ancient enough to contain the claims of eyewitnesses rather than the exaggerations of myth makers, and the gospels would have been circulated at a time when other eyewitnesses would have been alive and able to correct any attempted exaggeration.

Let’s take a look at the historical and textual evidence related to the gospels and determine just how early they first appeared on the scene. As we “zero in” on the early dating of the gospels, remember that as we inch near the time of Jesus’ life with a particular piece of evidence, we build an even stronger case for the preceding piece of evidence offered. The cumulative case for early dating becomes stronger with each additional line of evidence: