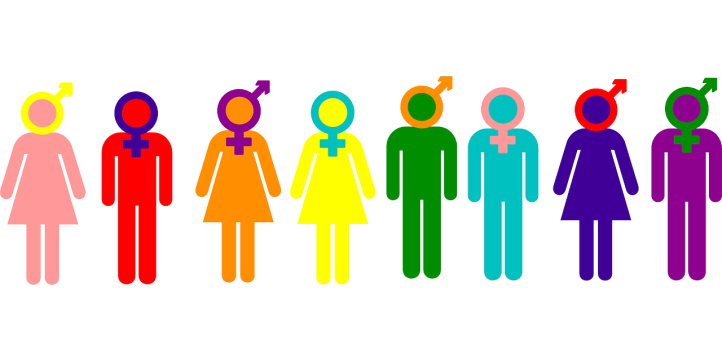 This post is NOT about whether you view homosexuality as being sinful, it primarily is about differing perspectives that are held by some within our society regarding homosexuality.

My personal understanding, is that according to God’s Word in the Bible, homosexuality is a sin, just like adultery is a sin or fornication (sex outside of marriage) is a sin. Now I am acutely aware that there are some who disagree with my “understanding”, be they Christian or a non-Christian. We disagree, we adhere to different perspectives or world views. I’m also aware that there are some main line Christian Protestant denominations that are changing their perspective with regard to homosexuality. Be that as it may, I don’t happen to be of that particular persuasion. Now I’m deliberately not going to quote scripture verses in this post because as I initially stated, the purpose behind this post is NOT to make a case whether homosexuality is a sin, but rather how my actions as a Christian, who does believe homosexuality is a sin, should be towards those who hold perspectives that differ from mine and ultimately I would hope, vice versa.

The difficulty that I have and I’m going to try to be as honest as I can, is that it seems to me that the manner in which we (that would we as in some Christians who believe that homosexuality is a sin) address and treat those that disagree with us, can for some, differ significantly, when dealing with people in the LGBTQ community. There are a number of reasons why this may happen and I’ll address some of these reasons shortly.

If I’m talking to an atheist, who doesn’t believe in God at all, not to mention, that Jesus is God’s Son, does that preclude me from being their friend? I don’t think so. I spent 35 years in the military and an additional 20 years in the civilian workforce where I worked with a good number of people who don’t believe in God or adhere to my Christian beliefs. That didn’t stop me from liking them as a human being and enjoying their friendship. When my family and I lived on military bases, we went to Church on Sunday and enjoyed the fellowship of other Christian believers. We also held Bible studies in our home and once again, had fellowship with a close circle of Christian friends. However, there were sporting and social events scheduled throughout the year where we socialized with others who did not hold our Christian faith and moral values and to my recollection, my Christian beliefs and moral values did not hinder me or my family from enjoying the interaction with others. Generally speaking, people did not go out of their way to ridicule or demean my faith and I did not go out of my way to ridicule or demean their differing perspectives. There was an element of mutual respect in play that the vast majority of us had little difficulty in maintaining.

However, that was then and this is now. The moral values within our society are rapidly changing. Same sex marriages are now relatively common and from what I can ascertain, our society at large is now moving towards a perspective that is much more accommodating to differing perspectives than when I was in my twenties, over fifty years ago. The philosophy that a lot of people now follow is “live and let live”. I can understand that, I don’t necessarily agree with it because I think that Christian moral values are more conducive to a stable environment for the family unit and my perspective of God’s plan for humanity, but once again, that is my opinion or my personal understanding. I have no right as a citizen within our society to force my religious moral values or beliefs on other citizens within our society.

That being said, this is where some of those aforementioned “reasons” start to come into play.

And what our children are now being taught in schools, with regard to acceptance of the LGBTQ moral values or standards are also changing. For those of us who hold differing perspectives, that strikes a cord which I would hope, can be appreciated, regardless of which side of the differing perspective you are standing on. I’m curious as to whether those within the LGBTQ community can see how those who hold a differing perspective might see the values of the LGBTQ community being imposed upon those within our society who do not adhere to their perspective. We really need to try to stand in the shoes of each other and consider not only our own perspective but also the perspectives of others. That doesn’t mean we need to change our perspective or our values but it does mean that we should be able to see from the other perspective. Jesus told the Apostles to follow Him and He would make them fishers of men. You don’t get many live fish coming to the surface when you are throwing hand grenades over the side of your boat.

What I do find difficult to comprehend is how, when articulating to others within the LGBTQ community why I hold a differing perspective, my response, which is based on my understanding of God’s Word, which should fall under Freedom of Expression rights, can be deemed by some as hate speech. Considering that in Canada, where I live, the Supreme Court has recognized that the Charter’s guarantee of freedom of expression is not absolute. It has upheld restrictions on forms of expression that it has deemed to run contrary to the spirit of the Charter, such as hate speech, given that the purpose of such expression is to prevent the free exercise of another group’s rights. I would think that another group’s rights would include both that of the LGBTQ community and those Christians who adhere to a differing Biblical perspective.

To the best of my memory and knowledge I have never treated anyone who was gay differently than I would treat anyone else. In fact, as I see our society change and as I take to heart the teachings of Jesus, wherein He says we are to love God with all of our minds and hearts and love our neighbours as ourselves, I go out of my way to ensure that I am polite and render any assistance that I can, should the situation warrant it. No different that I would treat anyone else. From my perspective, tolerance is a two way street.

What I do find missing from this equation is the element of mutual respect. Mutual respect by Christians who do not hold the same moral values as the LGBTQ community and vice versa. Lots of people have differing perspectives, that does not automatically mean that they hate one another and to infer that is not only insulting but dishonest. And finally, for one group to throw that label on another (irrespective of which group it is) is not only unjustified but totally counter productive.

I lied, I am going to quote one Scripture, Romans 12:18 NIV “If it is possible, as far as it depends on you, live at peace with everyone.”